Vernon R. Proctor, a founding partner of Proctor Heyman Enerio LLP, who now serves as partner emeritus, has a diverse corporate litigation and counseling practice relating to Delaware business entities, primarily in the Delaware Court of Chancery. He has represented public and private corporations and their boards of directors in the defense of stockholder class actions and derivative suits involving such major transactions as asset sales, recapitalizations, mergers and acquisitions. He has also represented plaintiffs and defendants in corporate election contests and stockholder appraisal cases. Vernon has served as special counsel to board committees of public and private Delaware corporations in connection with mergers and other major corporate transactions. He has a substantial practice involving the resolution of limited partnership and limited liability company disputes. He has also been appointed by the Court of Chancery as a receiver for a Delaware corporation that was dissolved by order of the Court, and he has served as a privately appointed special master and as an arbitrator. Vernon also served as an expert witness on issues of Delaware corporate law in cases litigated in Virginia, Texas, New York and Singapore. Vernon also has experience defending actions brought under the federal securities laws. Finally, he renders opinions on issues of Delaware corporate and alternate entity law.

Vernon was recognized as a leader in the field of Chancery Court litigation by Chambers U.S.A.: America’s Leading Lawyers for Business from 2006 through 2015. He “won praise from clients for his transactional capabilities, not to mention ‘his client-awareness and responsiveness.’” In 2007, he was regarded as “an intelligent and fine lawyer.” In 2010, Vernon was “hailed as a fine Chancery litigator.” In 2013, Vernon was described as “well-respected” and “a very smart and solid attorney.” In 2015, he was called “a real strategic thinker who is fantastic at structuring litigation.”

Vernon has lectured widely on subjects of Delaware corporate and limited partnership law, and he has served on the editorial boards of leading Delaware law publications. For ten years, he was a member of the Corporation Law Council of the Delaware State Bar Association, a group of attorneys that considers and recommends proposed changes to the Delaware General Corporation Law. He is currently a member of the Alternate Entities Committee of the Delaware State Bar Association, which serves the same function with respect to Delaware statutes governing general partnerships, limited partnerships, and limited liability companies. In 2009, Vernon co-authored a treatise on the legal and practical aspects of drafting operating agreements for Delaware limited liability companies. That treatise has been supplemented semiannually through 2011. In 2012, that treatise was merged into the third edition of a general form and practice manual with the same co-author, concerning limited liability company operating agreements. 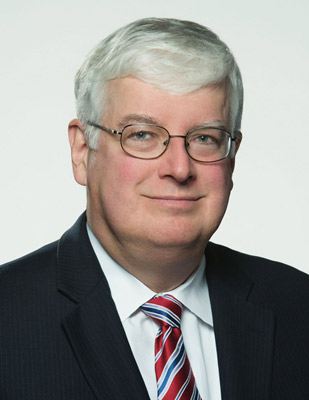